The quest for adventurous eats curated by the ever fabulous, Gastronauts, took me into the heart of Jackson Heights, Queens to a small Tibetan restaurant located above a Himalayan Salon. 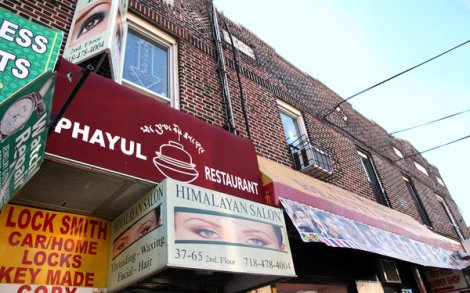 Phayul inhabits an extremely small space, with few tables lining the walls adjacent to the exposed kitchen.  The sizzle of dishes being prepared and the intoxicating scent of spices fills the air.

We gathered around the cramped tables, our own various selections of alcohol filling the table, since Phayul is a BYOB restaurant.  Instantly, paper cups were filled with local micro brews and cheap wine with metal goblets holding tap water.  We drank and became friends with the fellow Gastronauts, waiting our feast of authentic (and somewhat bizarre) Tibetan food to arrive.

The meal began with cheese soup, a murky liquid made from Yak Cheese, beef, potatoes and chili.

The soup has a stinky flavor, with a shocking underlying spiciness from the chilies.  Chunks of potatoes mellows out the intense flavors, providing a relief just for a moment.  Tender pieces of beef sink to the bottom of the bowl, some with the bones still in, so proceed with caution.  This soup was definitely unlike anything else I’ve tried before, and I don’t know if I’ll be running back for this stinky broth any time soon.

Next, my favorite dish of the evening arrived.  I already have a weakness for beef tongue prepared in traditional deli style, so expectations were high.

Tender beef tongue sits in a spicy sauce.  Sliced thin and fried without any batter, the flavor is really subtle and slightly sweet.  Raw peppers provide a fresh crunch, rounding out the dish in an extremely unexpected way.  This is not your traditional Jewish deli tongue, it’s a spicy plate of goodness.  We easily devoured seconds.

Blood sausage arrived next, and no, it’s not nearly as bloody or scary as it seems.  Just extremely dark in color. 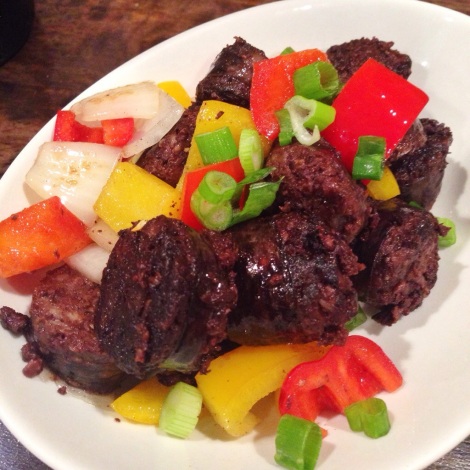 I’d never tried blood sausage before, which is much scarier in name.  It’s a dark colored sausage extremely loose in texture, quickly breaking apart once separated from the casing.  It has a sweet flavor and soft texture.  I neglected the rest of the raw vegetables, feeling they just brought color to the plate rather then any real enhancement of flavor.

Tripe was next, which is the typically neglected parts of the cow. 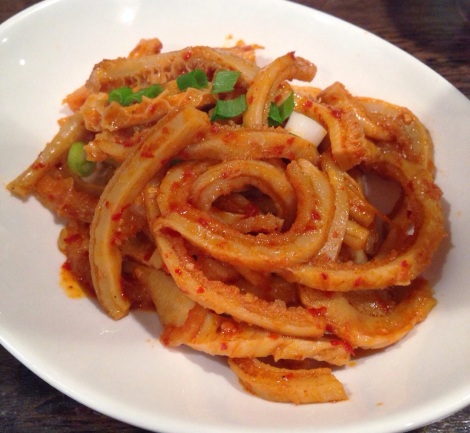 Chewy and really spicy, tripe isn’t for everyone.  The texture is unlike many other foods, similar to that of a stale gummy.  There’s a reason why tripe doesn’t generally grace many menus.  This was my least favorite dish of the meal.

Instead of finishing the meal with traditional dessert, we ended with Momos, Tibet’s version of dumplings.  Three different fillings, prepared three different ways. 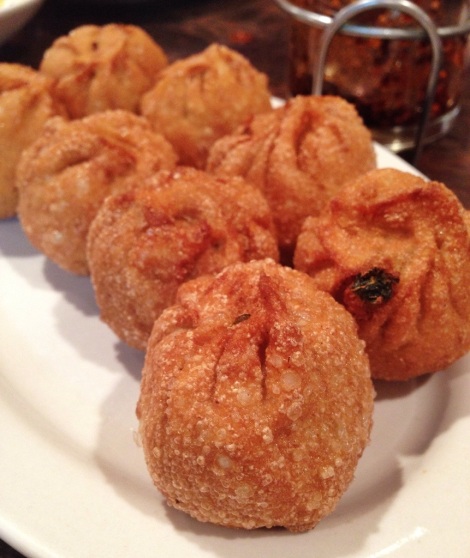 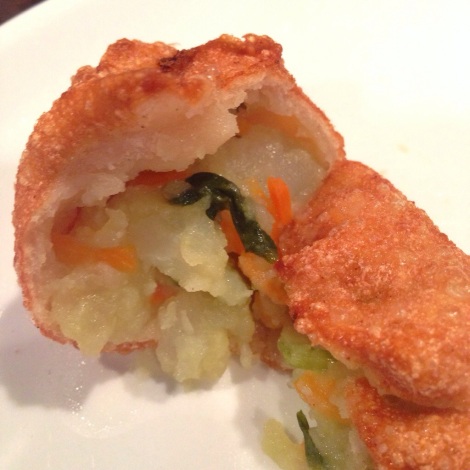 Inside – Deep Fried Momo (Dumpling) with Potato, Carrot and Spinach

Sweet feeling with an extremely crispy exterior.  The favor was subtle, a relief from all of the spicy dishes throughout the course of the meal. 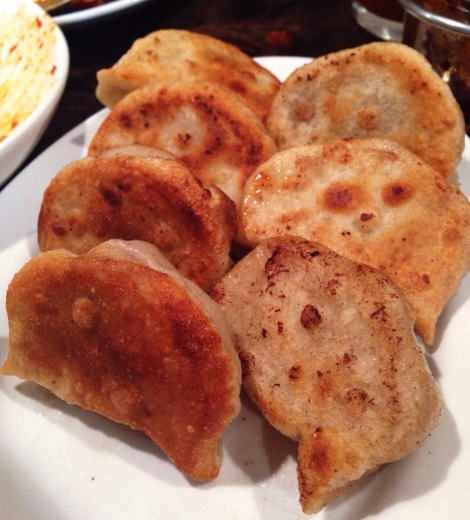 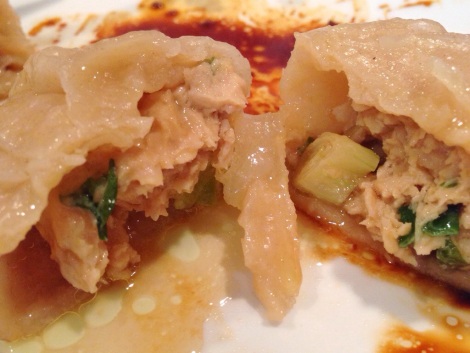 The pan fried dumplings were slightly crispy from the golden crispy crust, keeping the white meat chicken moist inside.  Scallions and pieces of celery add to the flavoring inside the dumpling. 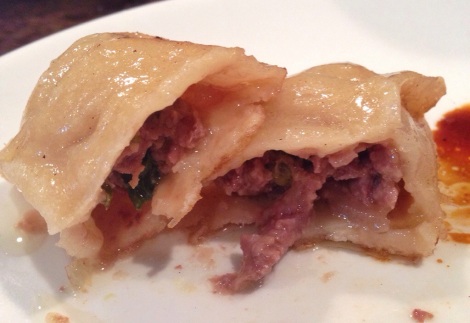